Ms. Tiara Butler joined The Woods Academy faculty in 2020. Ms. Butler has always had a passion for the arts, whether it was drawing, painting, or interior design. At the age of eight, her artwork received an award from NASA and was displayed at NASA's Goddard Space Flight Center.

Ms. Butler continued in her passion while also being recognized for her athletic ability. She was able to gain a full athletic scholarship at Syracuse University to play on the Women's Basketball team at the age of 14. Ms. Butler has won many athletic awards, such as Big East Academic Honors and national rankings. In October of 2018, alongside her younger sister, she was inducted into the Athletic Hall of Fame at her alma mater North Point High School in Charles County, Maryland.

Ms. Butler developed her artistic skills and expanded her horizons while receiving her BFA in Environmental and Interior Design from the School of Visual Performing Arts (VPA). Her design school was nationally ranked #9 by Design Intelligence in 2015 and is CIDA Accredited. She also earned a Minor in Business Management Studies from the Martin J. Whitman School of Management.

Since graduating, Ms. Butler has invested directly in her craft by incorporating her company Designs By Tiara, Inc. She is often commissioned for artwork and designs all over the world. NCAA basketball programs, community centers, high schools, art galleries, Greek Letter Organizations, and other companies have used her work.

Also, Ms. Butler plans, administers, and executes private paint parties, which is an exciting and fun way to incorporate her love for the arts within the community to people of all ages. Some of her distinguished clientele included The U.S. Patent and Trademark Office, Syracuse University, and she was invited back to work with NASA Goodard Space Flight Center. She has been invited to do live paintings at concerts and events, including Black Codes Conversational Hour Pt.1 & 2, and had the privilege of working alongside well-known artists, Markus Prime. Ms. Butler has consecutively served as a judge for Congressional Art Competition Art Jury in an art competition hosted by Congressman Steny H. Hoyer. Unlike many designers that replicate the same piece to multiple people, Ms. Butler customizes each project to tailor to her customer's needs and desires. Her background in interior design gives her a unique perspective.

She has been the Lead Visual Arts Teacher at Friendship Collegiate Academy High School in Washington, D.C., for the last three years. In her first year of service, she was awarded Teacher of the Year at her campus. She was also awarded Most Inspiring and Most Personable by the student body. Her motto has always been, "I just might be their first introduction to how great God is." She takes great honor in knowing that she has the opportunity to have a positive and powerful impact on someone's life.

“Designing has always come naturally to me. Whenever I enter a room, I visually break down the space and analyze its construction. I am constantly inspired by things I see and visualize ways to make them better and turn them into my own creation.” -Tiara Butler 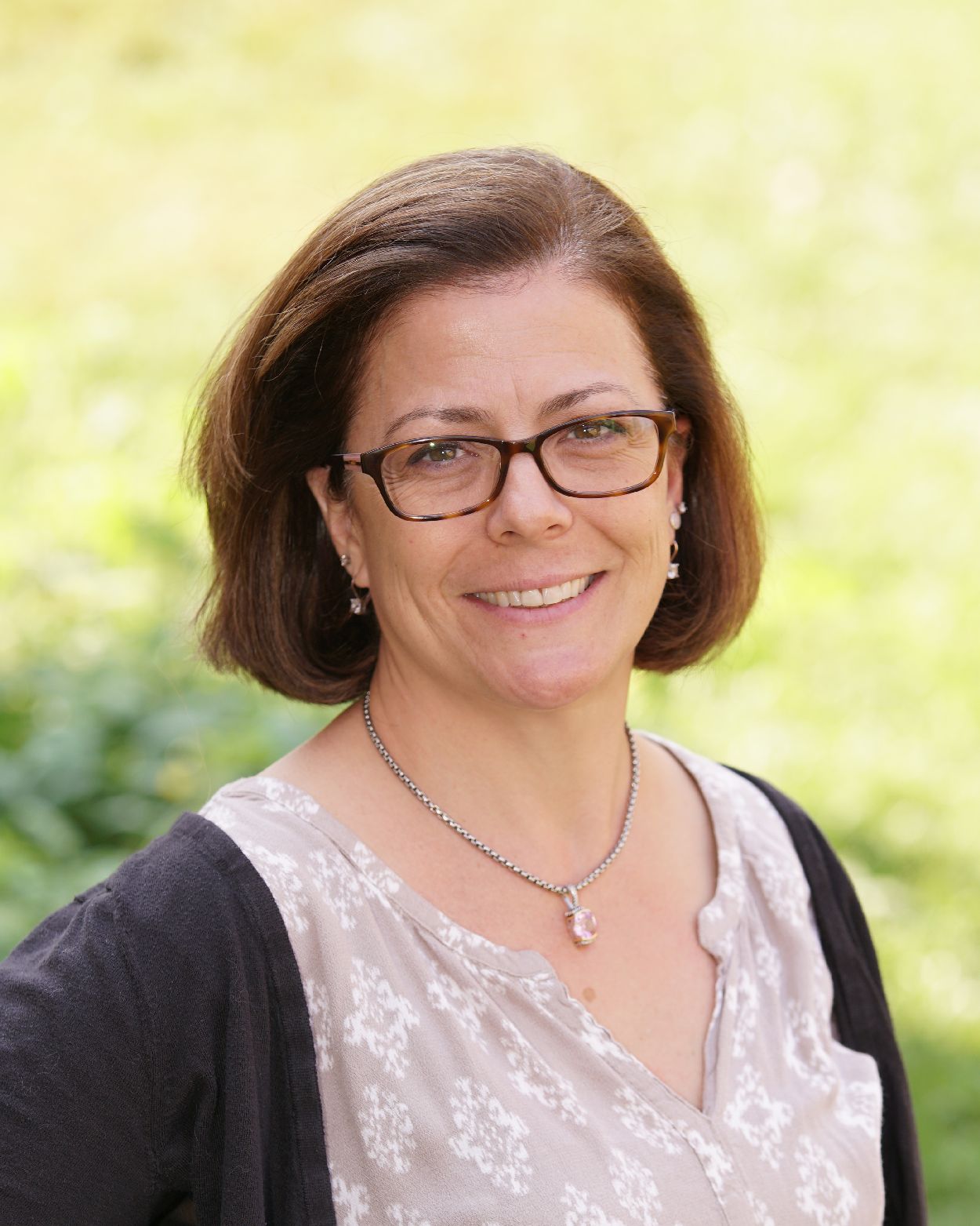 
Born at West Point NY, Mrs. Michelle Michlik grew up in a military family moving every three years both in the United States and overseas. Her family eventually put down permanent roots in Northern Virginia in 1988. Following graduation from Hayfield Secondary School in Alexandria, VA she attended Auburn University where she graduated with a BA in English and a BA in Theatre. Her first job after graduation she was teaching at The Lab School of Washington DC where she gained invaluable experience with learning disabilities, multi-sensory and project based learning and the importance of the arts in education. While working full time at The Lab School, Mrs. Michlik earned her Master's of Special Education at American University with a focus on learning disabilities. After fifteen years at The Lab School, Mrs. Michlik went on to work as the Arts Integration Specialist for The Auburn School's Fairfax campus. Most recently, Mrs. Michlik worked for Fairfax County Public Schools as a Learning Disabilities Specialist and then as the Lead Teacher of an enhanced autism classroom. Mrs. Michlik's 20 years of experience as a special educator have given her nuanced and informed understanding of learning differences, learning styles and how to best support the whole student for success.

She now calls Reston, VA home, having lived here 10 years with her husband, son and daughter. Aside from spending time with her husband and 2 kids, She has two dogs that she enjoys immensely. Hazel is a recently certified therapy dog with which she plans to begin volunteering with this year. With her other pup Walter she is working on agility training. 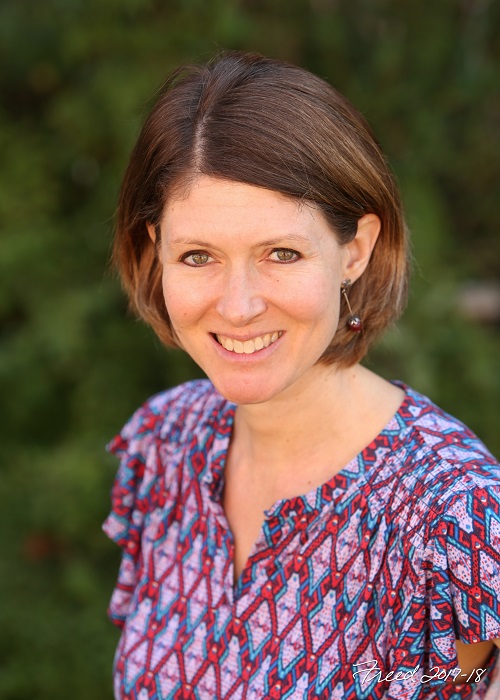 
Mrs. Sharon Pabon began teaching music at The Woods Academy in 2010. Since joining The Woods Academy, she has incorporated core curriculum themes into the music curriculum, founded and developed the extracurricular choir and orchestra programs, and instituted numerous performing opportunities for the students including Lower School lunch concerts, Mass prelude music performances, and the annual Instrumental Music Showcase. Before joining The Woods Academy, Mrs. Pabon worked as a freelance flutist and flute teacher in the DC/Baltimore area. She earned her Bachelor's degree in music from The Catholic University of America and a Master’s degree in music from at The Peabody Conservatory. Mrs. Pabon completed her Orff-Schulwerk music teacher certification in summer 2015, and she incorporates a combination of speech, singing, movement, and instruments in her preschool through grade eight music classes at The Woods Academy. She has a special place in her heart for sharing music through liturgical music ministry and elder-care music performances. 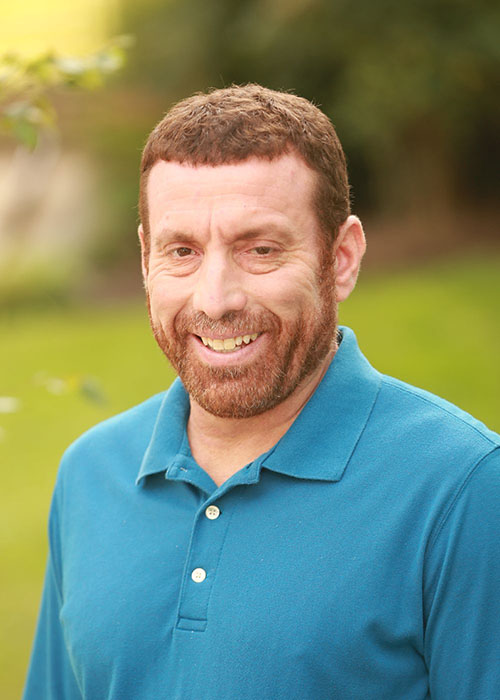 Titles: PE Teacher, Gr. 5 Advisor
Biography:
Mr. Tom Parker joined The Woods Academy Physical Education staff in 2006. Mr. Parker was born and raised in Upstate New York, just inside the Adirondacks. He attended and earned his Bachelor’s degree from State University of New York at Brockport in Western, N.Y. He moved to the Washington, D.C. area in 1999. He taught and coached at Browne Academy in Alexandria, VA for one year. After leaving Browne, he spent two years as the Sports Director at the JCC of Greater Washington; the sixth largest JCC in the country. While at the JCC, Mr. Parker developed and implemented sports classes, facilitated all of the youth and adult sports leagues and also served as the Delegation Head, representing the JCC at the International Maccabi Games. In 2001, he became a Physical Education teacher and coach at the Charles E. Smith Jewish Day School. For the five years that Mr. Parker coached at Jewish Day, his Middle School softball teams compiled an overall record of 52-10 with two undefeated season. His Junior Varsity basketball teams went to the Championship Game four out of five years, winning three straight Championships. 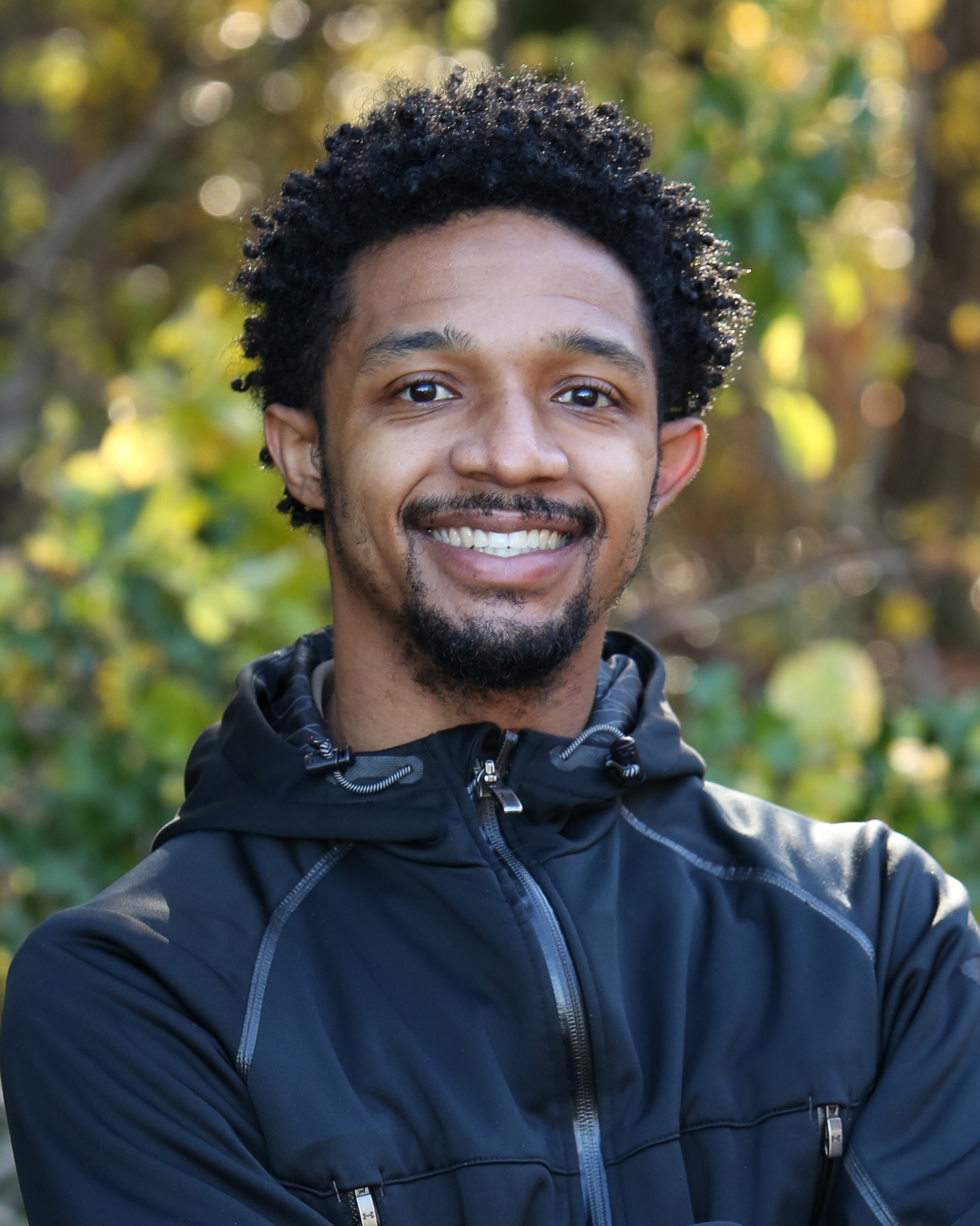 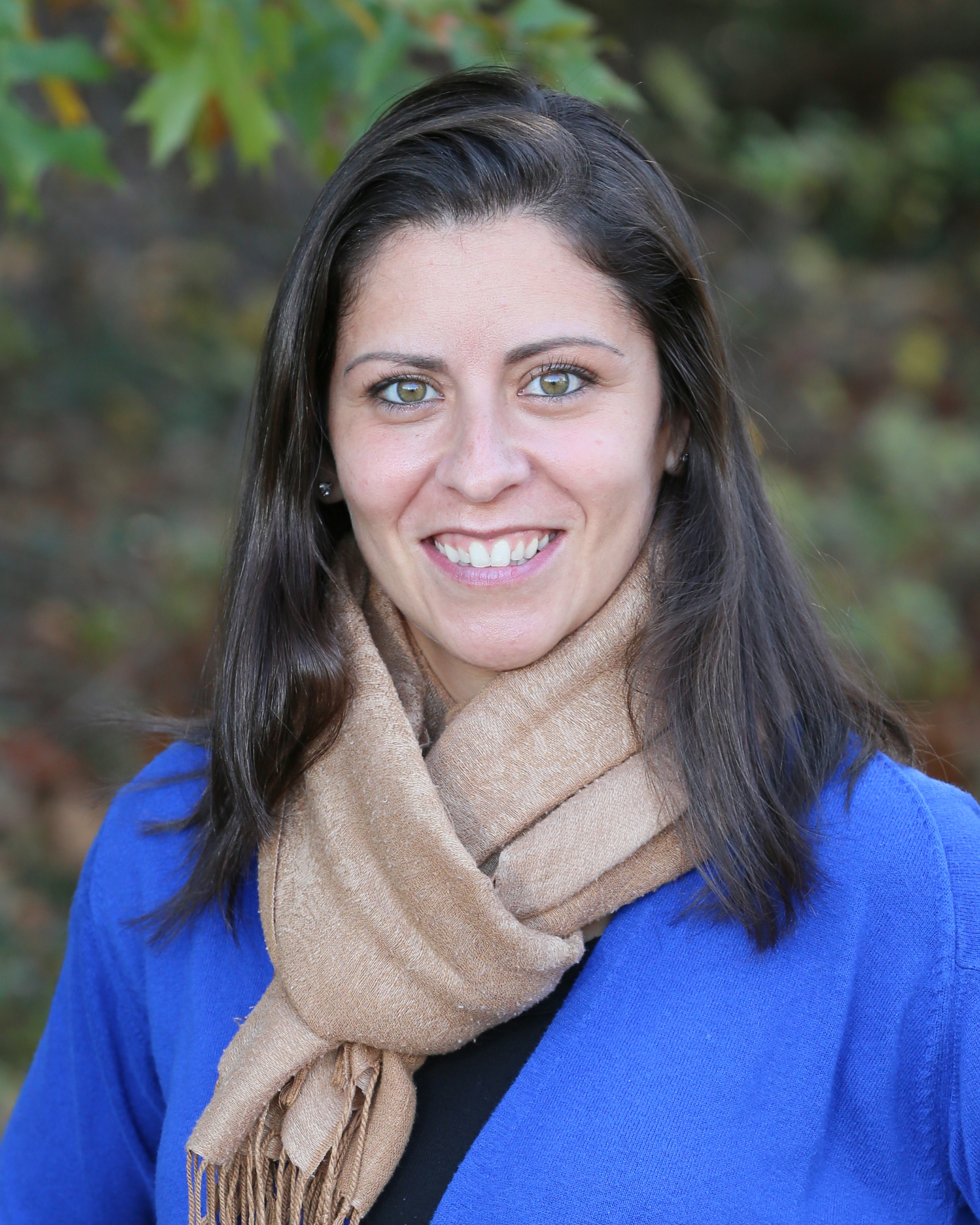 
Mrs. Katya Cunnane Pilong (1998) joined The Woods Academy faculty in 2007. She came to The Woods after teaching the fifth grade bilingual program and teaching ESL students ranging from PK-8th grade at Sacred Heart School in Washington DC. She holds a B.S. in French from the Catholic University of America and a M.Ed. from Marymount University in Elementary Education and is also certified as an elementary school teacher. Mrs. Pilong is a certified catechist in the Archdiocese of Washington, Hearts Aflame: Faith and Ministries Program. She is also certified in Phono- Graphix. Mrs. Pilong began her career at The Woods as a second grade teacher and now serves as the school's Media and Curriculum Specialist and the Distance Learning Coordinator. She also has her daughter in Montessori. 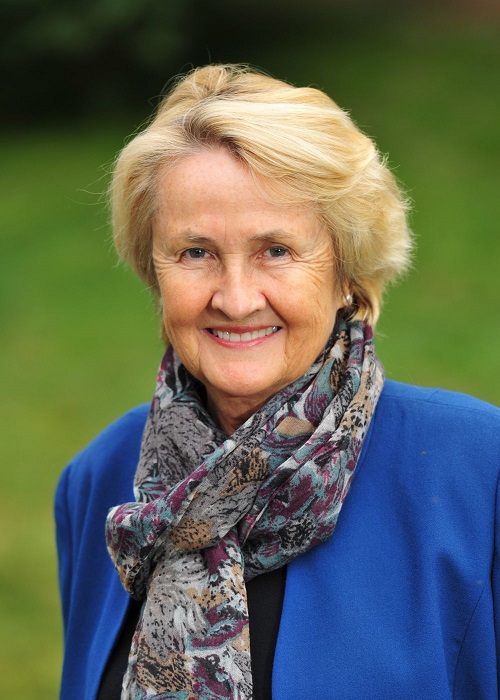 Titles: Lower School Guidance Teacher, School Transportation Coordinator
Biography:
Mrs. Jane Pontius joined The Woods Academy after thirteen years as Head of School and ten years as a teacher at Christ Episcopal School, Rockville, MD. Mrs. Pontius guided the school through its first Capital Campaign along with the purchase of a $4.2 million adjacent office building and parking lot along with a successful AIMS re-accreditation. Mrs. Pontius was born in Boston, MA and raised in Southern California where she earned her teaching credential. She moved to the Washington, DC area where she worked in successively responsible positions at the Congressional Research Service, The Library of Congress. She also was an adjunct professor of English at Montgomery College. She earned both her Bachelor’s and Master’s degrees at the University of Southern California, Los Angeles, CA. 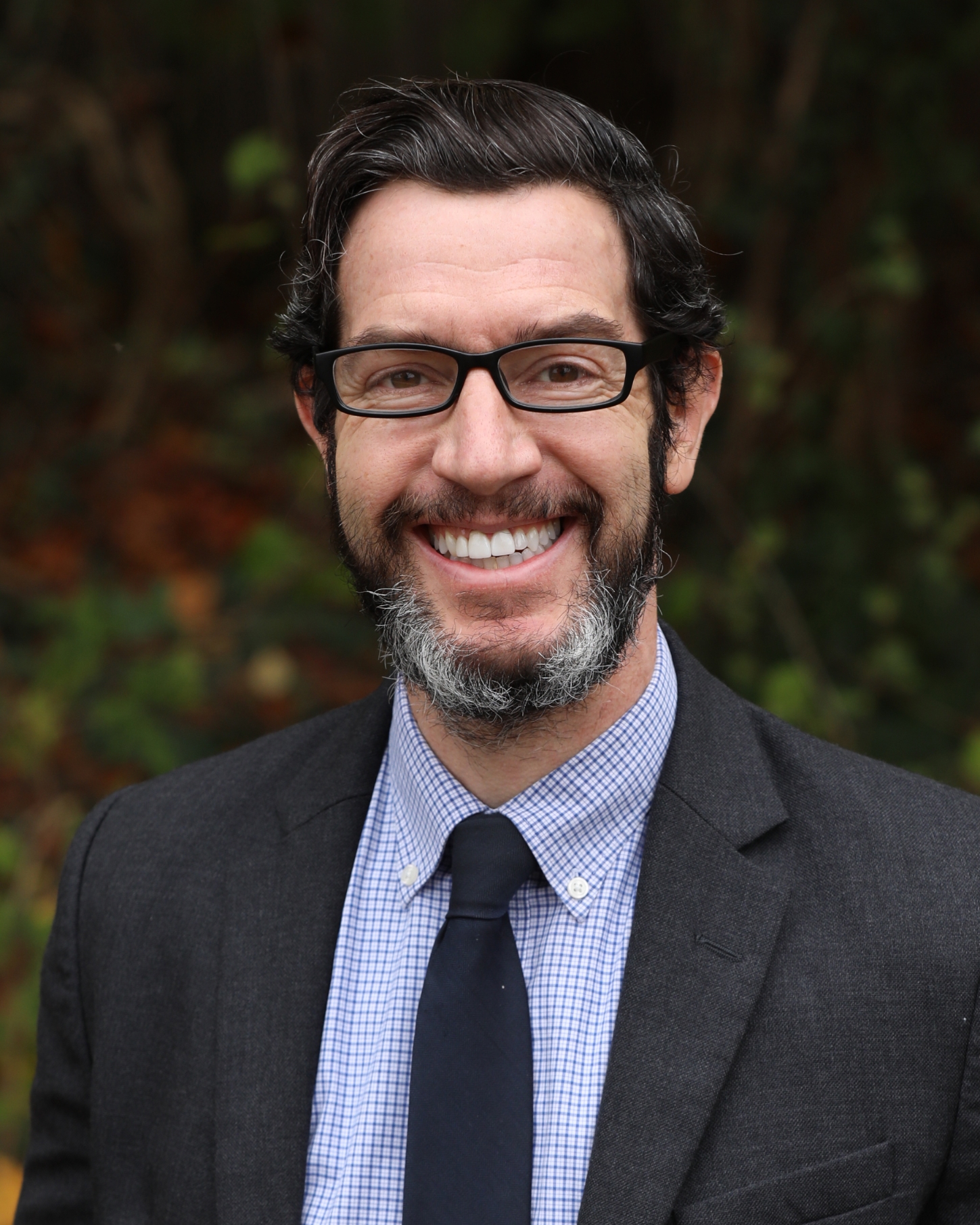 
Dr. Rhein joins The Woods Academy this year as the Director of Counseling & Guidance. He graduated in 1992 with an MA in American Studies from Colby College, and earned both an M.A. (1996) and Ph.D. (2001) in Clinical Psychology from Boston University. Dr. Rhein returns to Bethesda from The American School in Switzerland, where he has been the Director of the school’s Learning Resource Center. Prior to that, he spent nine years up the road at the Landon School, where he served as Director of Counseling & Wellness, taught AP Psychology, coached middle school wrestling, and wore several other hats. Before his time at Landon, Dr. Rhein ran the Learning Center at the Madeira School in McLean, Virginia. He is honored to be joining The Woods community.

Titles: Director of Athletics
Biography:
Mrs. Erin Jeffers Ricca joined The Woods Academy faculty in 1999. She is currently the school's Athletic Director and teaches Physical Education to students throughout the grades. During her years at The Woods she has enjoyed coaching the girls basketball and softball teams since 1999. While teaching first grade from 1999 to 2016, Mrs. Ricca was also a mentor teacher, First & Second Grade Team Leader, and a member of the AIMS Accreditation Steering Committee. Mrs. Ricca is a certified Catechist in the Archdiocese of Washington, Hearts Aflame: Faith and Ministries Program. She received her B.S. in Early Childhood and Elementary Education at Frostburg State University and has a Reading Specialist M.A. from Hood College. 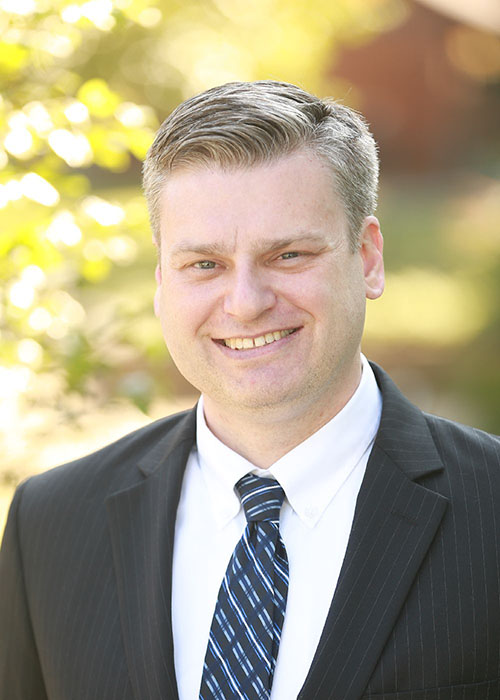 Titles: Director of Technology
Biography:
Mr. Eric Smith joined The Woods Academy in 2005 as a fifth grade Math and Science teacher. He was born in Washington, D.C. and raised in Montgomery County Maryland. He earned a Bachelors Degree of Science in Information Systems Management from the University of Maryland, Baltimore County. After completing his undergraduate degree he worked in the information technology field on a federal government contract. He later earned a Masters of Arts in Teaching from Johns Hopkins University. Before coming to The Woods Academy, Mr. Smith worked for Montgomery County Public Schools as a fifth grade teacher. In 2008, he became the Director of Technology at The Woods Academy.