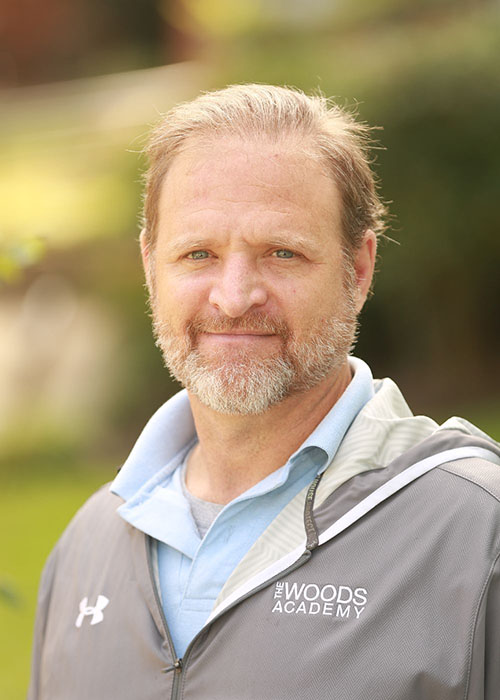 Titles: Gr. 7 & 8 Science Teacher, Gr. 7 Advisor
Biography:
Mr. Jamie Alisbah joined The Woods Academy faculty in 2010. Mr. Alisbah grew up very close to The Woods in Potomac, Maryland. He attended Norwood Elementary School and Sidwell Friends High School. He received his Bachelors of Science from McGill University in Montreal, Canada. He began teaching science at the Newport School in Kensington, Maryland. He then worked for the Archdiocese of Washington, spending 12 years at Nativity Catholic Academy in Washington, DC. Mr. Alisbah was head of the Nativity science program and spent several years teaching seventh and eighth grade math as well. In 2007, he went back to school at The George Washington University where he received a Masters in Middle School Science Instruction. Mr. Alisbah holds an Advanced Professional license (Maryland and Virginia) and is certified in a number of subject areas within the field of science. In addition to teaching, Mr. A spent many years coaching soccer and basketball at a number of different age levels. 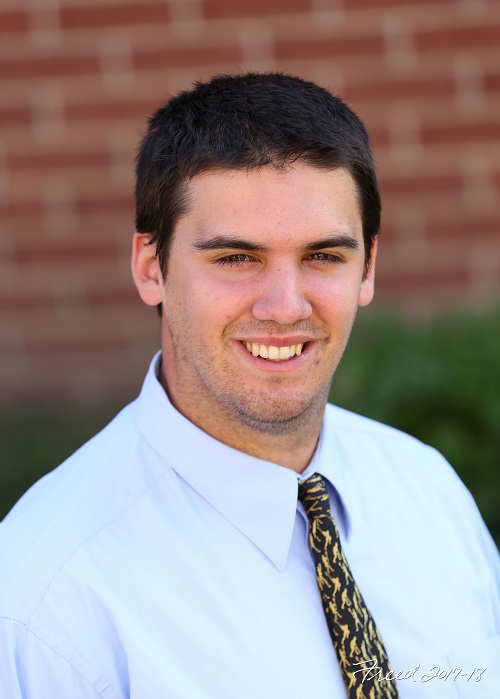 
Mr. Martin Bednar joined The Woods Academy in 2017 as an associate teacher. He recently graduated from Mount Saint Mary’s University in 2015 where he obtained a bachelor’s degree in Elementary Education. After graduating, he worked at the Landon School for two years. He taught 3rd grade homeroom, 6th grade math, and two sections of Lower School reading courses. In addition to teaching, Mr. Bednar coached four different sports. His favorite being Varsity baseball where he helped guide the team to a championship win in the 2016 season. 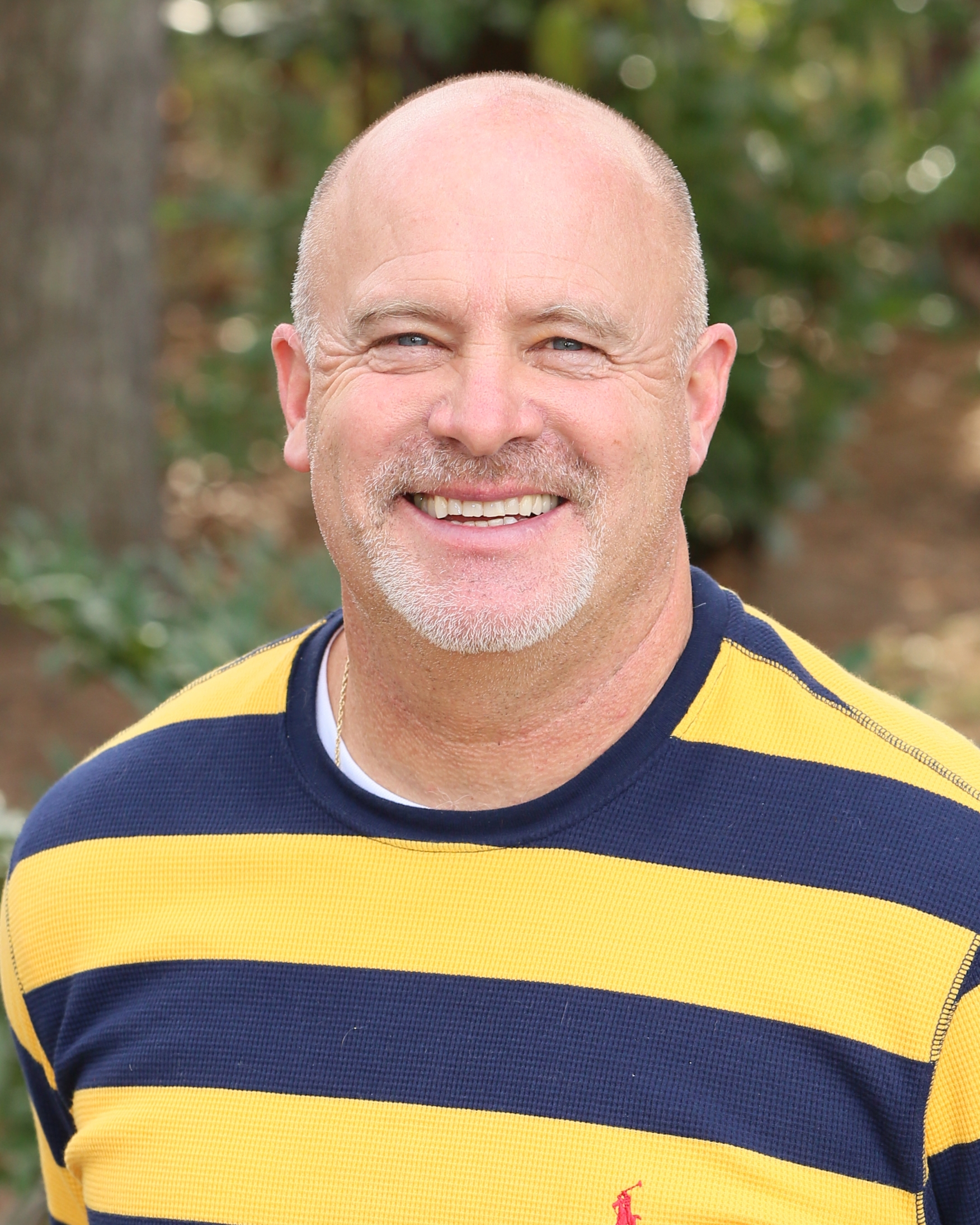 
Randall Bednar joined The Woods Academy in the fall of 2019 as the Upper School Religious Education teacher. He graduated in 1993 with a BS degree in Psychology while minoring in Elementary Education from Fredonia State University. Mr. Bednar started his teaching career in 1993 at Saint Francis of Assisi School in the Bronx, NY. He taught Language Arts for six years in the Upper School. In 1999, he joined the Landon School and was a fourth grade teacher for fifteen years. In 2011, he was awarded the Shirley J. Lowrie teaching award for independent schools of Montgomery County. From 2014 to 2019, he held the position of Lower School Headmaster at the Landon School where he was awarded the Alice F. Cosimano award for administrative excellence in 2019. He has coached varsity baseball for twenty years as well as basketball and football while being involved in the after-school tutoring program. 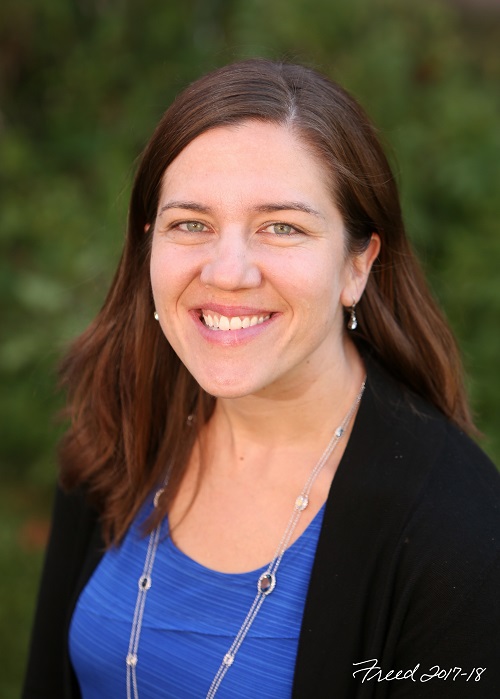 
Mrs. Kristen Chrobocinski joined The Woods Academy in 2017 as 5th Grade Math and Science Teacher. After graduating from Fairfield University with a B.S. in mathematics, she served in the Jesuit Volunteer Corps in San Diego working with homeless teens. She moved to Baltimore in 2005 and began her teaching career at Garrison Forest School. There she taught mathematics in the Middle School, coached basketball, ran summer programs and became the Mathematics Department Chair for grades K-12. She received her Masters in Leadership in Mathematics Education from Bank Street College in NYC. Prior to teaching at The Woods, she taught Sixth and Seventh Grade mathematics at Maret School in D.C. Mrs. Chrobocinski lives in Silver Spring with her husband and two young daughters, Caelyn and Kylie. 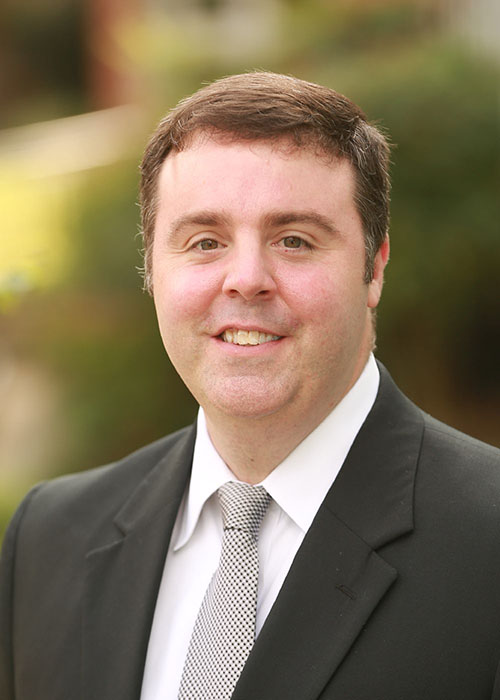 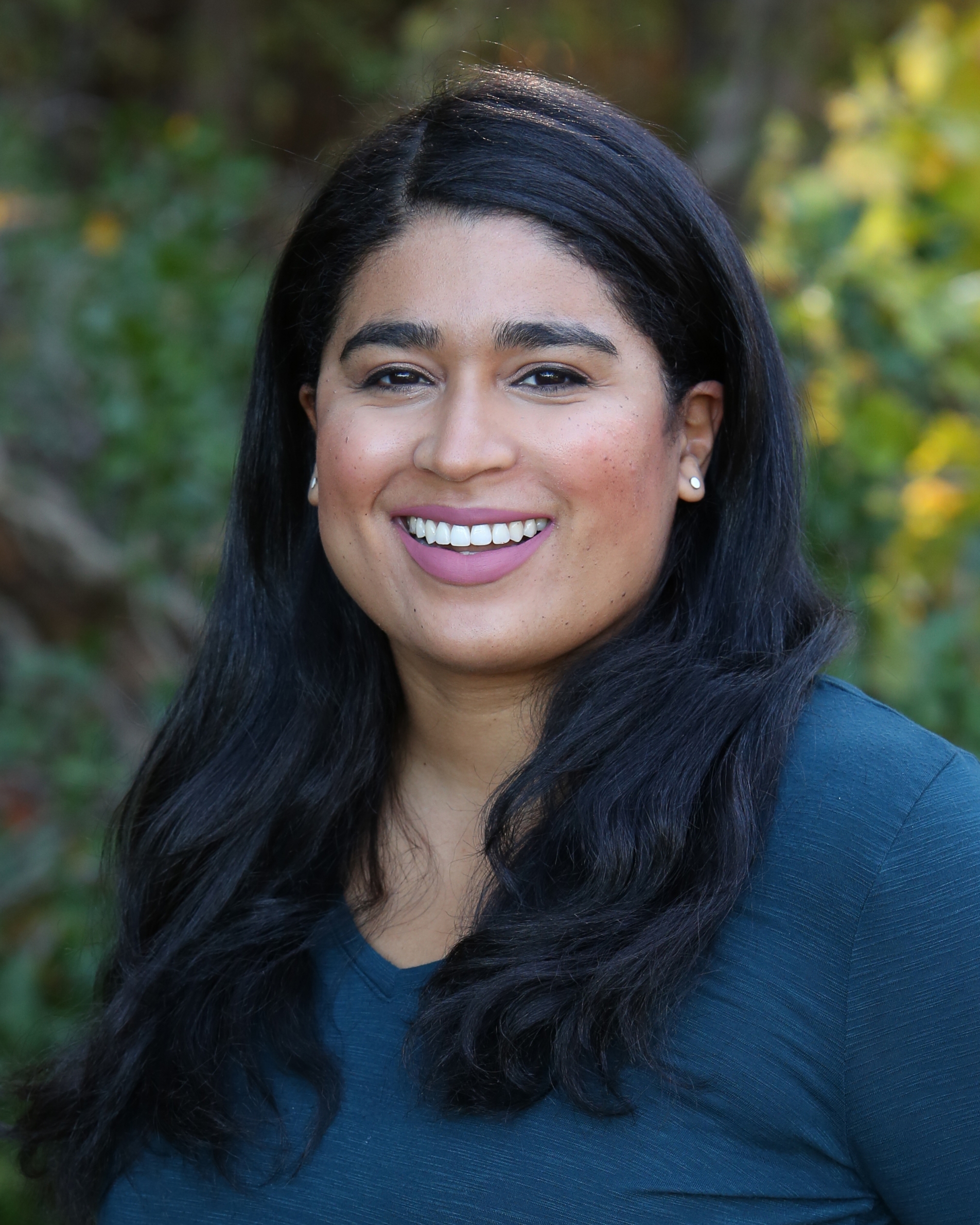 
Ms. Bianca Cole joined The Woods Academy in the fall of 2020 as an associate teacher. She is originally from Philadelphia, PA and frequently visits her extended family on the weekends. She is a proud high school graduate of Clarksburg High School in Montgomery County, MD and attended Dartmouth College for her Bachelors of Arts. Post college, she explored her passion for math in the financial services industry first at M&T Bank as an Assistant Vice President for four years and transitioned into Commercial Real Estate working for Chicago Title National Commercial Services as a Business Development Executive and later on OYO Hotels as a finance development executive. The crazy year of 2020 allowed her to shift her career path to teaching and follow in her mother’s footsteps who has been a Spanish Teacher for the past 15 years.

She is excited to bring real world math problems to the students and bring her unique enthusiasm (and EXCELLENT singing ability!) to the classroom. Currently, she is a 2020 Urban Plan Institute DC Pathways Fellow and volunteers teaching high school students about urban planning and financial underwriting with the Urban Plan Program. On the weekends, she enjoys finding new hiking trails and SoulCycle classes! 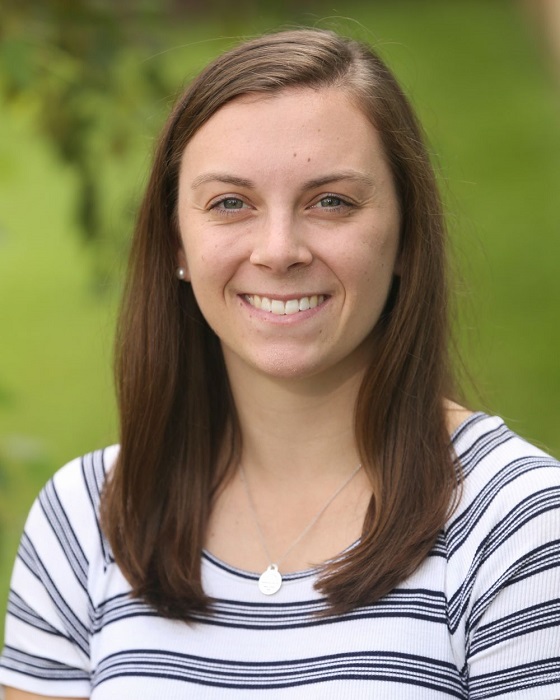 
Ms. Madeline Dodge joined The Woods Academy in 2018 as the 7th and 8th Grade Language Arts teacher. Ms. Dodge graduated from the College of the Holy Cross in Worcester, MA with a Bachelor of Arts as an English major and member of the Teacher Education Program. She then moved to Baltimore, MD and joined the Operation TEACH program. Through Operation TEACH, Ms. Dodge lived in community with other teachers, gained two years of classroom experience, and worked towards her Masters at Notre Dame of Maryland University. She graduated with a Master of Arts in Leadership of Teaching as a Reading Specialist. In the past three years, she taught Middle School Language Arts and Religion at Sacred Heart School in Glyndon, MD. 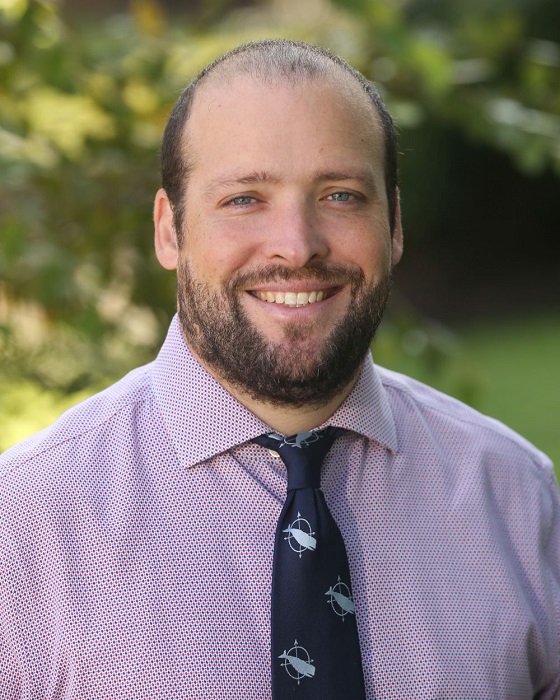 Titles: Gr. 5 & 6 Social Studies Teacher, Gr. 6 Advisor
Biography:
Mr. Bob Kalas spent the last eleven years at Little Flower School in Bethesda, most recently teaching 6th, 7th, and 8th grade Social Studies for six years. During his tenure there, Mr. Kalas also spent time teaching Computers and Science and helped the 2nd graders prepare for First Communion. His involvement also crossed over into Little Flower Parish where he spent a number of years coaching CYO basketball, teaching 2nd grade CCD, and helping run the High School Group with his wife Katie. Prior to Little Flower, Mr. Kalas also spent one year working at Washington Jesuit Academy and one year in the Jesuit Volunteer Corps teaching at North Star Academy, a charter school in Newark, New Jersey. Originally from Gettysburg, PA, Mr. Kalas was a residential student at Georgetown Prep before receiving his B.A. in History from Boston College where he was a member of the rugby team. He earned his Maryland Teaching Certificate in 2013. Mr. Kalas also travels yearly to the Dominican Republic to volunteer as part of Somos Amigos Medical Missions. He currently lives in Silver Spring with his wife and two young children, Bobby and Evie. 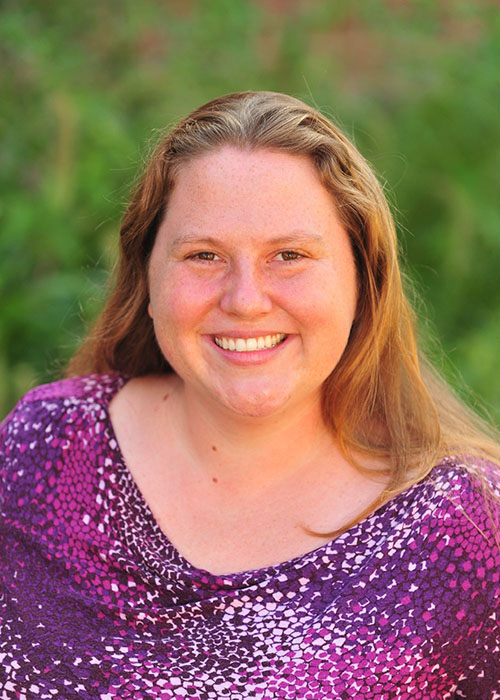 
Mrs. Megan Mullally joined The Woods Academy faculty in 2010. She came to The Woods after teaching third grade at Christ Episcopal School in Rockville from 2004-2009. She holds a BS in Elementary Education from Bucknell University and a MS in Reading from The Johns Hopkins University. Mrs. Mullally began her career at The Woods as a fourth grade teacher for nine years and now serves as the fifth and sixth grade science teacher. She also coordinates the after school robotics club. 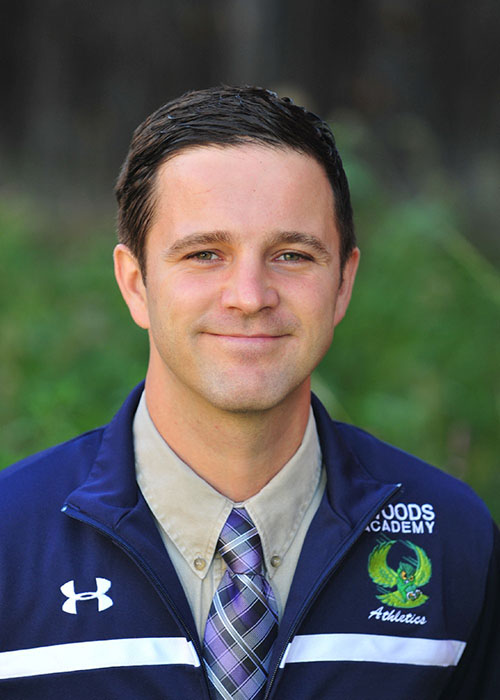 
Mr. Paul Paoletti joined The Woods Academy in 2013 and he is a graduate of the College of Charleston with a B.S. in Elementary Education, after which time he spent nine years teaching at a Catholic high school in New York City. During his tenure in New York he taught Algebra, Algebra II, Statistics, SAT prep, Introduction to Religion (Old Testament), Introduction to History and Global Studies, and Physical Education and Health. He held the position of Math Department Chairperson for three years and served as the Athletic Director for six years. Mr. Paoletti actively participated in campus ministry and served as a chaperone for six years on the Habitat for Humanity service trip, helping students to build houses for those less fortunate. In 2018, he completed his masters in Educational Leadership from George Mason University. In addition to his teaching responsibilities, Mr. Paoletti serves as the Dean of Students for the Upper School. He also coordinates Upper School Study Hall, Robotics, and Community Service trips to places like A Wider Circle. 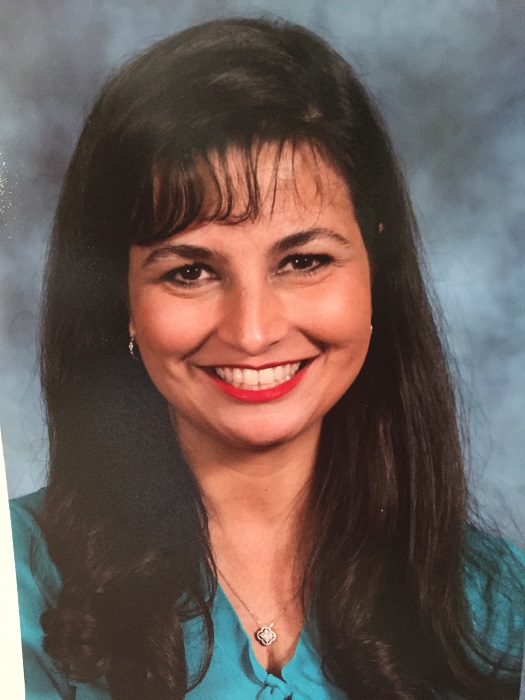 
Mrs. Kelly Tanzi joined The Woods Academy for the 2016-2017 school year as the 5th Grade Language Arts and Social Studies Teacher. Since joining Woods in 2016, Mrs. Tanzi has enjoyed becoming the 5th/6th Language Arts Teacher, Team Leader of 5th/6th Grades, organizing the Spelling Bee/ Geography Bee, and Service Club Coordinator, as well as being asked to participate in The Strategic Academic Plan for Woods Academy. Before joining Woods, Mrs. Tanzi taught 4th Grade at Blessed Sacrament School in Chevy Chase for 9 years. This year will mark Mrs. Tanzi’s 14th year working in Catholic Schools. Mrs. Tanzi worked to create a positive learning environment, and she was Blessed Sacrament's 3rd-5th Grade school representative to speak at Open Houses to the community about the benefits the Responsive Classroom method contributes to school culture. She also served on their Strategic Academic Board. Mrs. Tanzi believes strongly in using differentiation techniques in the classroom. She attended American University and Seattle University, where she learned many strategies to teach students with special needs, such as: Phono-Graphix, Orton Gillingham, Phono-Visuals, Read Naturally, Kurzweil, Lindamood-Bell phonics, and Great Leaps Reading Fluency Program Thereafter, Mrs. Tanzi taught at The Lab School of Washington, where she taught 7th and 8th Grade students with learning differences, Literature and Writing. She also served on The Board of The Spanish Education Development Center, where she introduced and implemented a Phonics Program for Pre-K children of whom English is a second language. Mrs. Tanzi currently serves on the Advisory Board of Girls Up, and serves on the board of the Learning Disabilities Association of Montgomery County. She was born and raised in Washington, DC. She has been teaching Sunday School at St. Sophia’s Cathedral for the last 15 years. Mrs. Tanzi enjoys learning about other cultures, and speaking foreign languages. She is functional in Spanish, Italian, and French. Her biggest joy in life is being the proud mother of her boy girl twins, Nico and Stephanie Tanzi! She is thrilled to be part of The Woods Academy!